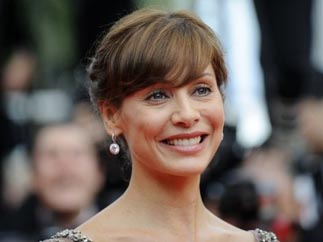 WASHINGTON - Australian pop star Natalie Imbruglia doesn’t mean to leave you with the wrong impression. She loves making music and has returned to acting, but the “Torn” singer with millions of record sales under her belt has a more rewarding mission these days: helping women recover from a haunting affliction that is all but eradicated in the West, yet affects millions across Africa and Asia.

“I’m very passionate about it,” Imbruglia told AFP about her role as spokeswoman for the UN Campaign to End Fistula, a childbearing injury that often results in the loss of the baby and leaves women shunned.

“I intend to continue my creative endeavours. I’m songwriting at the moment, in Los Angeles, and working on some other projects,” she said. “But most importantly, we’re planning a trip to Africa and possibly India and elsewhere.”

Obstetric fistula is a hole in the birth canal that develops during a prolonged and obstructed labor. It results in chronic incontinence, and the foul smell of leaking urine and feces often drives away husbands and shatters women’s lives.

“It was like dying every day,” Sarah Omega, who was raped at 19 and then suffered with fistula for nine years, told a United Nations economic council meeting in 2009 that Imbruglia also addressed.

While it is largely preventable and easily treated, up to 100,000 new cases develop annually, the UN estimates. Some say the number is far higher.

Treatment costs about $300, but many poor women can’t afford the operation. Others are never told treatment is available for fistula.

Imbruglia is the most high-profile star committed to stamping out the ailment.

“It just jumped out to me as a woman, and the fact that they didn’t seem to have anybody speaking for them,” Imbruglia said in Washington, where she attended a UN Population Fund forum.

The quiet crisis caught her eye back in 2005, when friend Richard Branson, the British business tycoon who heads Virgin Group, urged Imbruglia to harness her fame into activism. She would soon put a hold on the glamour, becoming an ambassador with the Virgin Unite humanitarian campaign and heading to Africa.