Gupta, Kang top of tree as Arario branches out

Gupta, Kang top of tree as Arario branches out 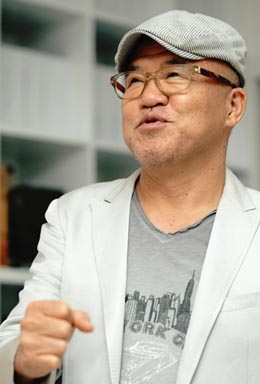 The show celebrates the opening on Tuesday of a second branch by Arario, one of Korea’s most active galleries, in the capital.

The new branch on Cheongdam-dong art street doubles the gallery’s presence in the city after it earlier set up shop in Samcheong-dong on the art street east of Gyeongbok Palace.

Arario, which is headquartered in Cheonan, South Chungcheong, also has a branch in Beijing.

“The exhibition is just part one of a three-part series of exhibitions of artists working with us, which will continue through the end of February,” said Ci Kim, chairman of Arario Corp. It also operates Shinsegae Department Store in Chungcheong in partnership with the retail giant, among other businesses.

“The new gallery is a suitable space for solo shows ... it will enable us to better showcase the artists we represent to the public,” he said during a press preview of the premises on Monday.

“In contrast, Arario Samcheong has a small space and Arario Beijing is a better fit for group exhibitions.” 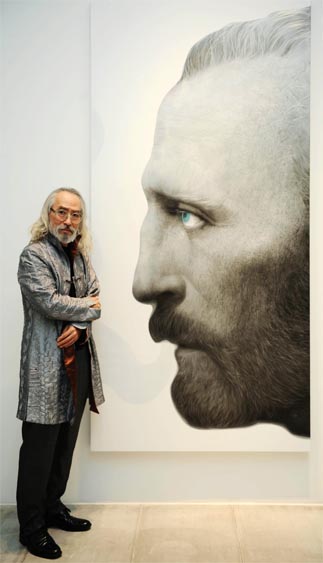 Artist Kang Hyung-koo stands with his one of new works at Arario Gallery, Cheongdam-dong, which opened on Tuesday. [NEWSIS]

Kim was recently listed as one of the world’s top 200 collectors by the New York-based art magazine ARTnews for the third straight year.

“To strengthen the status of Korean contemporary art, local galleries should be influential,” Kim said. “For that, galleries need to actively seek out emerging artists, not only in Korea, but also in other countries and help them rise to international fame.”

He said Arario has been doing this in various parts of Asia, including with Gupta and Geraldine Javier of the Philippines.

Kang said he was satisfied with the new space.

The artist, known for his haunting portraits of historical figures, or of himself gazing directly at viewers, is displaying two of his new paintings at the show. In them, the subjects are shown in profile.

Kang will have a retrospective at the Singapore Art Museum from Oct. 14 to Dec. 25, making him the first Korean to hold a solo show at the site that houses Singapore’s national collection of contemporary art.