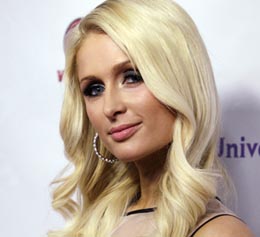 LAS VEGAS - Paris Hilton is wrapping up a year of probation stemming from a 2010 drug arrest on the Las Vegas Strip.

Officials say Hilton’s attorneys appeared in court Tuesday on the 30-year-old celebrity socialite’s behalf to show Hilton had completed her obligations to the court. She had to pay a $2,000 fine and serve 200 hours of community service in addition to probation.

Hilton pleaded guilty to misdemeanor charges of drug possession and obstructing an officer after police pulled over her and her then-boyfriend on Aug. 26, 2010.

Police say they detected a “vapor trail” of marijuana smoke wafting from the couple’s vehicle.

Hilton was arrested when a bag containing 0.8 grams of cocaine fell from her purse as she reached for lip balm in front of an officer.