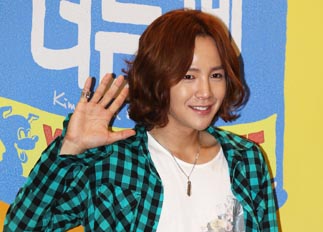 Actor Jang Geun-suk, often dubbed the next Bae Yong-joon, or Yonsama as he is known in Japan, recently signed a deal to be a spokesperson on TV commercials for Shufoo.net.

The Web site is the largest in Japan and provides the latest supermarket leaflets. About 500 Japanese supermarkets and 65,000 retailers are members of the site.

According to Jang’s management company, the commercial was shot in Seoul and will air nationwide in Japan next month.

“It was a great pleasure to work with the Japanese staff in Seoul,” Jang was quoted as saying by Yonhap News Agency. “I took them to famous Korean restaurants and had fun with them after the shoot.”

In a recent engagement on the MBC talk show “Knee-drop Guru,” Jang said that the number of DVD rentals for the drama series had surpassed the records set by Bae Yong-joon’s “Winter Sonata” (2002).

Jang is currently busy shooting his next film, “You’re My Pet.”