A better chance for Korean literature

A better chance for Korean literature 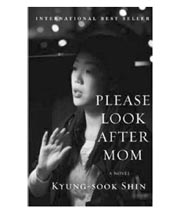 It was not very long ago that Korean literature was first introduced to foreign readers. According to literary critic Yu Jong-ho, Hong Jong-wu (1854-1913), a conservative politician from the late Joseon period who assassinated Kim Ok-gyun, was the first to introduce Korean literature to Europe. As the first Korean to study in France, he translated the folk tale “Chunhyangjeon” and published it in France as “Printemps Parfume.”

In contrast, Japan established itself as a meaningful location in the literary imagination of Europeans long ago. “Gulliver’s Travels,” which was published in 1726, mentions Nagasaki, Japan, and the Japanese translation of “Aesop’s Fables” was published even earlier, in 1639. Efforts to promote and publicize Korean literature began in earnest in the late 1960s, after Japanese writer Yasunari Kawabata received the Nobel Prize in Literature in 1968.

At first, groups such as the Korean National Commission for Unesco, spearheaded the task of making Korean literature known abroad. In 1996, the Korean Literature Translation Vault was established as a joint venture between the government and private organizations. In 2001, the Korean Literature Translation Institute took over the task and has thus far accomplished a great deal. In the 11 years since its founding, it has sponsored 716 translations of Korean publications in 30 languages, including 392 literary works. This year, the KLTI was allocated a budget of 6 billion won ($7.65 million).

Despite the efforts, though, we often hear that excellent translations are hard to come by. Perhaps this is because publishers often take translation jobs just to earn money, so they are not motivated to provide superb translations that will appeal to foreign readers. This undermines the competitiveness of Korean literature in the international market, according to literary critic Kim Hwa-young. Kim has said that the introduction of Korean literature in other countries is best left to the market.

But Kim is not calling for dissolution of the institute. Instead, the institute should create a long-term plan to train qualified translators specializing in Korean literature. Toward that end, the KLTI has invited foreign experts to help review its work from the past 10 years and plan for the future. They are attending a two-day conference that began yesterday. Hopefully, the institute will develop clever ideas to more effectively promote Korean literature in other countries.

*The writer is a deputy editor of culture and sports news at the JoongAng Ilbo.