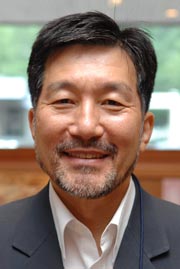 A former professor of Seoul National University has become the first Korean chancellor of an Ethiopian university.

Lee Jang-gyu, 65, told the JoongAng Ilbo on Monday that the Ethiopian government has asked him to serve as the chancellor of Adama Science and Technology University. He begins work there on Oct. 1.

Lee said that he hopes to contribute his knowledge of science to Ethiopia, which is hoping to benchmark the economic model that allowed Korea to overcome poverty in the 1970s.

In June, the government of Ethiopia asked the Korean government to recommend someone to lead the university, which along with Addis Ababa University was recently designated a science and engineering focused institution, and the government recommended Lee.

Lee said that he decided to accept the position after visiting Ethiopia in June.

“Their passion to overcome poverty based on the Korean economic model, which turned the country’s industrial capability to engineering science, touched my heart and made me committed to helping them,” Lee said “Ethiopia sent troops to fight against North Korea during the Korean War and I think it’s time to repay the kindness. In addition, the country has a friendly attitude toward Korea, as the education minister has said he enjoys watching Korean TV programs every weekend.”

Adama University is composed of 10 colleges with 26 majors including engineering and information technology, business, agriculture, and humanities and natural science. It has a student body of approximately 20,000 and around 1,000 professors on staff, 50 of whom have doctoral degrees.

“What I’m going to do at Adama University is develop a better education system so as to enable students and professors to concentrate on studying science,” Lee said.