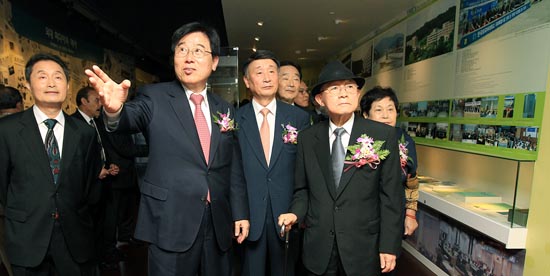 The newly opened hall is located within the underground campus.

Recently, several universities, including Korea, Ewha Womans and Sogang, have constructed underground campuses in a bid to alleviate space problems.

HUFS built the facilities underground while preserving the buildings above. [YONHAP]