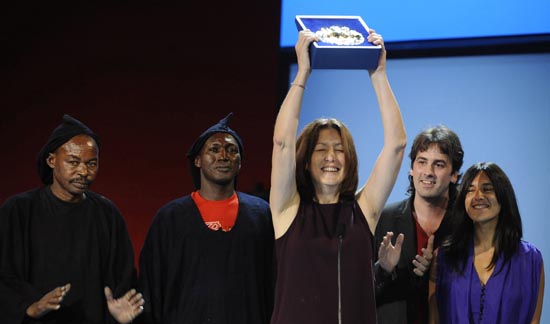 The special jury prize went to French actress and director Julie Delpy for her film “Le Skylab,” a tribute to her late mother.

The award of the top prize to “Los pasos dobles” (“The Double Steps”) was greeted with surprise.

The film had divided critics and “Kiseki” (“I Wish”), directed by Hirokazu Kore-eda, had been tipped as favorite to win. “Kiseki” focuses on the tsunami that hit Japan in March. In the end, the Japanese film had to settle for best screenplay.

“Los pasos dobles” takes its inspiration from the biography of French artist and author Francois Augieras (1925-1971). who painted the walls of a military bunker in the desert and let it sink into the sand.