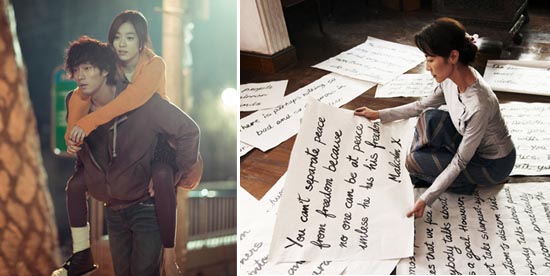 
Director Luc Besson is among the luminaries who will grace the carpet and give seminars at the Busan International Film Festival (BIFF), which opens on Thursday and welcomes a rich line up of 307 films from 30 countries divided into 10 sections. This year marks the 16th incarnation of Asia’s premier film fest and to commemorate it has switched location to the purpose-built Busan Cinema Center, making Haeundae Beach the scenic backdrop to the opening and closing ceremonies, among other events, instead of Suyeong Bay.

Among other changes, the festival’s official title has been slightly modified in line with the official Romanization of the city - formerly known as Pusan - and Kim Dong-ho, who directed the festival since its inception, has been replaced as he retired last year.

But the core of the nine-day festival, which runs until Oct. 14, remains intact. World-famous filmmakers including Thai director Apichatpong Weerasethakul, Frenchman Besson and Japan’s Hitokazu Koreeda will grace the stage this year along with A-list actors and actresses from Asia and beyond and over 100 movies will get their premiere at the port city.

To help visitors navigate their way among the sea of movies on offer, The Korea JoongAng Daily has come up with four main groupings of selected screenings. 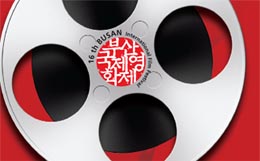 One of the highlights of BIFF is seeing top directors from Korea and around the world descend on this beautiful coastal city. Cineastes who are returning this year include Korean directors Lee Jung-hyang and Song Il-gon.

Lee, one of a handful of female Korean directors who scored two hits with “Art Museum by the Zoo” in 1998 and “The Way Home” in 2002, returns with her latest film, “A Reason to Live.” However Lee, who is known for her tender rendering of emotional experiences and transformations, took nine years to come out with her new movie starring Korean actress Song Hye-gyo. The plot involves documentary producer Da-hye (Song), who finds the strength to forgive the 17-year-old boy who killed her fiance but instead of redemption finds only greater tragedy. The film will be presented at the festival’s gala presentation that introduces the works of world-famous directors.

Another returnee is Song Il-gon, who received the New Currents Award as a rookie director here back in 2001 for his effort, “Flower Island.” One decade later, he is also being honored in the city as his movie “Always” will be the first screened. Song has gone high end this time around with the tragic love story of a former boxer down on his luck who falls for a woman who is losing her sight but, by contrast, still sees the joy in life. His latest project marks a radical departure from his previous efforts and features two of Korea’s leading cinematic lights in So Ji-sub and Han Hyo-joo.

“I don’t think I’ve totally switched paths to becoming a regular commercial filmmaker,” Song said of his first commercial project last month. “I just want to communicate with more people through my creations.”

Foreign auteurs and leading filmmakers who are visiting the city include “Leon” (1994) and “The Fifth Element” (1997) director Besson and Japan’s Hirokazu Koreeda. Besson teamed up with Malaysian star Michelle Yeoh for his new movie “The Lady,” which chronicles Burmese democracy activist and Nobel Peace laureate Aung San Suu Kyi.

BIFF Programmer Kim Ji-seok said the movie not only sheds light on the famous opposition activist’s role as a fighter for democracy but also integrates the love story of her life with husband Michael Aris. The screenplay was written by Rebecca Frayn based on three years of interviews and research.

Koreeda, famous for the 2004 Cannes-award winning “Nobody Knows,” also visits Busan with “I Wish,” which will feature in the section titled A Window on Asian Cinema. The plot concerns two brothers who are separated when their parents divorce, but who pray that a new bullet train can help connect their broken family. Coincidentally, the Japanese filmmaker worked with Korean actress Bae Doo-na on “Air Doll” (2009), which led to Bae bagging a key role in the Wachowski Brothers’ new episodic film as a human clone.

Female filmmakers from the Philippines also come to the fore with Laurice Guillen’s autobiographical “Mask.” The film begins with the death of protagonist Ellen’s husband, who used to be a famous actor and writer (Guillen’s husband, Johnny Delgado, was also a famous actor and writer). After losing her spouse, Ellen discovers he had a daughter with another woman and embarks on a journey to meet the girl. Guillen’s two daughters participated in the production of “Mask” as a writer and producer, respectively.

The British film “We Need to Talk About Kevin,” in the World Cinema section, shows how hard it is to be a parent. “What is so interesting about the film is that it tells the story of the mother of a boy who later becomes a murderer, and we are shown the mother’s point of view,” said BIFF event programmer Lee Sang-yong. “It shows how the trials of being a parent can sometimes be overwhelming.” Tilda Swinton (“The Curious Case of Benjamin Button,” 2008) plays the mother, Eva.

Meanwhile, in the Wide Angle section, which is reserved for documentaries and animations, a Korean short called “Modern Family” is expected to prove popular for its satiric depiction of a modern Korean family. The 18-minute short revolves around Hyung-chul, who has been sending money to his wife and children overseas for five years while he slaves away in Seoul to give them a better education. But he eventually realizes that he cannot go on this way and ends up adopting a new family, making for a humorous piece that is sure to linger in the mind long after the credits roll.

Two heart-wrenching love stories from the Gaza strip and the Netherlands set out to show visitors in Busan that the trials of young love are universal and binding. “Habibi,” in A Window on Asian Cinema,, follows young couple Qays and Layla, who attend college somewhere in the West Bank but who are forced to return home before they complete their studies. Qays is living in a refugee camp and, considering his impecunious lifestyle, is not a welcome suitor in the eyes of Layla’s parent. The couple respond by eloping overseas but soon face a series of obstacles and ordeals. The title of the movie means “my beloved” in Arabic. It was directed by young Brooklyn-born filmmaker Susan Youssef, who has Lebanese and Syrian parents. She raised the funds for her film using her Twitter account and other social-networking tools.

In the Dutch movie “170 Hz,” which is appearing in the World Cinema section, hearing-impaired teens Nick and Evy fall in love but also struggle to win their parents’ approval. Their rather elaborate solution sees them hide in the wreck of a submarine and conceive a baby as a way to stay together.

One of the most controversial documentaries this year is “Yoyochu in the Land of the Rising Sex” which tracks the life of Tadashi Yoyogi, often dubbed the father of adult video in Japan. Tadashi, who goes by the nickname Yoyochu, serves as a vehicle for the director to pose important questions, such as whether the protagonist’s plethora of blue movies are partly to blame for the rise in sex crimes in Japan, or if he is just investigating a basic human desire.

The Indian documentary “The Sound of Old Rooms,” also from the Wide Angle section, follows the travails of a man who struggles to find a happy medium between his job as a poet and normal life. What is remarkable about the piece is that it was filmed over a period of 17 years.