Johansson happy to give heart and soul, but not body

Johansson happy to give heart and soul, but not body 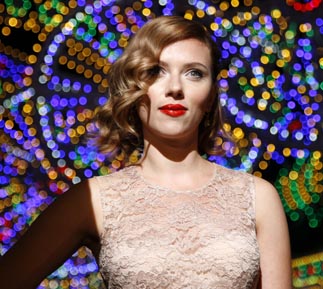 Actress Scarlett Johansson on Wednesday spoke out for the first time since leaked nude photos of her appeared on several Web sites, saying that being a celebrity does not give others the right to invade her privacy.

Earlier this month, the “Iron Man 2” star joined the growing list of Hollywood celebrities, including “High School Musical” actress Vanessa Hudgens and “Friends With Benefits” star Mila Kunis, who have had private photos leaked online at the hands of hackers.

In an interview with CNN, Johansson said celebrities are no different than anyone else when it comes to the right of privacy.

“Just because you’re an actor or make films or whatever doesn’t mean you’re not entitled to your own personal privacy ... if that is sieged in some way, it feels unjust. It feels wrong.”

The actress said life in the spotlight can be a struggle.

“It’s an adjustment, but I think there are certain instances where you give a lot of yourself and finally you have to kind of put your foot down and say, ‘Oh wait, I’m taking it back.’”