My Korean Deli: Risking It All for a Convenience Store 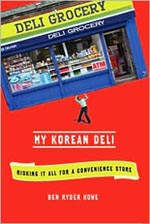 This warm and funny tale of an earnest preppy editor finding himself trapped behind the counter of a Brooklyn convenience store is about family, culture and identity in an age of discombobulation.

It starts with a gift, when Ben Ryder Howe’s wife, the daughter of Korean immigrants, decides to repay her parents’ self-sacrifice by buying them a store. Howe, an editor at the rarefied Paris Review, agrees to go along. Things soon become a lot more complicated. After the business struggles, Howe finds himself living in the basement of his in-laws’ Staten Island home, commuting to the Paris Review offices in George Plimpton’s Upper East Side townhouse by day, and heading to Brooklyn at night to slice cold cuts and peddle lottery tickets.

“My Korean Deli” follows the store’s tumultuous life span, and along the way paints the portrait of an extremely unlikely partnership between characters with shoots across society, from the Brooklyn streets to Seoul to Puritan New England. Owning the deli becomes a transformative experience for everyone involved as they struggle to salvage the original gift - and the family - while sorting out issues of values, work and identity.

Think Your Way to Wealth 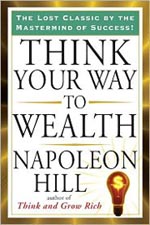 Finally back in print, this true lost classic records Napoleon Hill’s first, fateful encounter with industrialist Andrew Carnegie, where the young Hill learned the secrets to winning at life.

Returned to print after many years of unavailability, here is the one-and-only trade edition of a treasury of wisdom. “Think Your Way to Wealth” captures Napoleon Hill’s initial encounter with Andrew Carnegie, who revealed the money-attracting strategy that Hill later popularized in classic books like “Think and Grow Rich” and “The Law of Success.”

While working as a reporter for an inspirational magazine in 1908, Napoleon Hill chanced upon an opportunity that gave direction to his life. The young writer landed an interview with industrial giant Carnegie. Hill had just one key question for the magnate: What is the secret to your success? Carnegie’s response electrified Hill and launched him on a lifelong mission to distill the steps to success into a clear, definite protocol that could be used by any motivated man or woman. 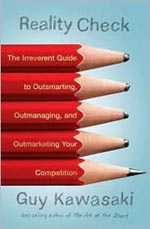 Reality Check: The Irreverent Guide to Outsmarting, Outmanaging, and Outmarketing Your Competition

Venture capitalist and entrepreneur Guy Kawasaki, the author of the bestselling “The Art of the Start,” has compiled his best wit, wisdom and contrarian opinions to show listeners how to ignore fads and foolishness while sticking to commonsense practices. 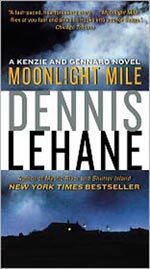 Acclaimed New York Times bestselling author Dennis Lehane delivers an explosive tale of integrity and vengeance - heralding the long-awaited return of private investigators Patrick Kenzie and Angela Gennaro Amanda McCready was four years old when she vanished from a Boston neighborhood 12 years ago. Desperate pleas for help from the child’s aunt led investigators Kenzie and Gennaro to take on the case.

The pair risked everything to find the young girl - only to orchestrate her return to a neglectful mother and a broken home. Now Amanda is 16 - and gone again.

A stellar student, brilliant but aloof, she seemed destined to escape her upbringing.

Yet Amanda’s aunt is once more knocking on Patrick Kenzie’s door, fearing the worst for the little girl who has blossomed into a striking, clever young woman - a woman who hasn’t been seen in weeks.