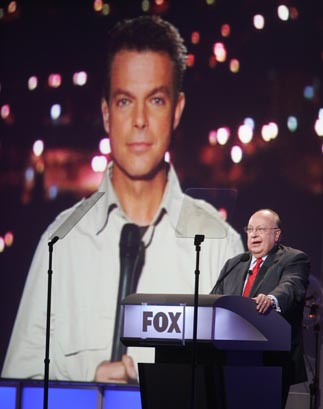 LOS ANGELES - The Fox News Channel marks its 15th anniversary this week having changed the face of television news in the United States, yet still considering itself an underdog.

With its colorful graphics, news alerts, scrolling text, big personalities, fast pace and punditry, Fox News established a style that since 1996 has spawned many imitators along with plenty of controversy.

But it’s a brand that many Americans have warmed to. Fox News Channel, part of Rupert Murdoch’s giant News Corp. media group, now towers over its cable news rivals, with some 1.9 million average viewers in prime time.

That is double the combined audience of CNN and MSNBC, according to the most recent Nielsen ratings.

Fox News also boasts the leading five cable news programs with outspoken Bill O’Reilly at the top of the pile with about 2.9 million nightly viewers for his “The O’Reilly Factor.”

“Fifteen years ago our graphics were something you had never seen before. They were moving, changing colors, bigger than everybody else. Our sets were big and bright and vibrant,” said Bill Shine, Fox News Channel’s senior vice president of programming. “The American people were shocked at the beginning, but then they kind of liked it,” Shine told Reuters.

Yet Shepard Smith, anchor of evening newscast “The Fox Report” and afternoon news and interview program “Studio B,” said the channel is not resting on its laurels.

“We think of ourselves as the underdog. We know we have to be faster and smarter and quicker. We know we are out-manned and out-gunned, so we have to out-think our rivals every day,” Smith told Reuters.

Fox News is marking its Oct. 7, 1996, anniversary by taking some of its biggest stars out on tour to cities like Boston, Atlanta and Chicago.

“We have a large, loyal and hopefully content audience so we thought, let’s go out and meet some of the people and have some fun,” said Shine.

Along with the bouquets for Fox News, however, have come the brickbats. Critics scorn the channel’s “fair and balanced” mission statement and say it has fueled a move toward more partisan news shows at other TV outlets.

Joe Saltzman, professor of journalism at the University of Southern California’s Annenberg School, said the line between TV news, commercials, editorial opinion and entertainment was already beginning to blur in the 1970s and 1980s. But Saltzman believes Fox News “has created news for a new generation of viewers who apparently value opinion and point-of-view over unbiased presentations of the news.”

“Infotainment news programs help to condition a public to yell a lot, but spend the weekend drinking and watching games,” Saltzman told Reuters, saying the trend is bad for democracy.

Fox News bristles at such charges. The network’s executives say critics mistake passion for opinion, and insist there is a clear division between the channel’s daytime news programs and opinion-driven, conservative-leaning primetime evening shows.

“We are watched over and checked more than probably any network on the planet so we have to be careful, forthright and honest ... [but] we don’t try to hide our passion,” said Smith.