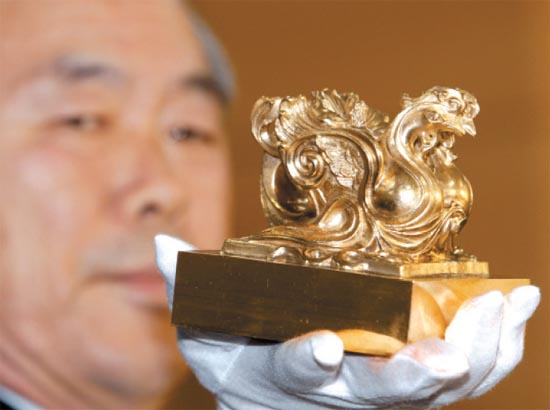 The fifth state seal of Korea was unveiled yesterday in Seoul by the Ministry of Public Administration and Security. The seal will be used on diplomatic documents and certificates of government-issued medals and awards. The seal is an alloy of gold, silver, copper, zinc and iridium. The ministry said it spent 215 million won ($180,217) to produce it. By Oh Jong-taek