New media art pops up all around the city

New media art pops up all around the city 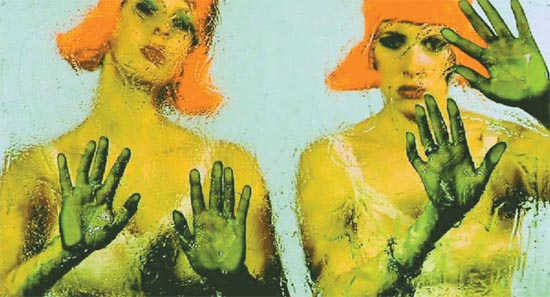 “Glibbering,” a so-called video painting by Marcus Kreiss, founder of the art channel Souvenirs from Earth, is part of the “SFE 2011 Seoul” exhibition at Culture Station Seoul in old Seoul Station. Provided by the organizers


Media City Seoul, an international biennale dedicated to new media art, may be dark this year, but that doesn’t mean there is a dearth of media art in the city. Three new exhibitions have popped up this fall to fill the void. On display are video paintings, works on the history of Korean media art that are part of a larger archival project and a photo series by several Asian artists.

Starting today, Souvenirs from Earth, a cable TV station that broadcasts video art, films, music and performances for 24 hours a day in France and Germany, will screen its programs at Culture Station Seoul 284 as part of the exhibition “SFE 2011 Seoul.” The exhibition is part of another exhibition called “Countdown,” which is being held through Feb. 11 at Culture Station Seoul 284, a space for art exhibitions and performance located in the newly renovated historic Seoul Station.

During the exhibition period, SFE’s programs will also be projected on the facade of the Seoul Square building, which is across the street from the historic station, three days a week from 7 to 11 p.m. until Nov. 30. The programming schedule includes SFE founder Marcus Kreiss’ film “Glibbering,” which shows painterly images that combine to form “video paintings.”

SFE describes its programming philosophy on its Web site as an intent to provide new aesthetic possibilities for both artists and viewers. In further explained the idea by quoting Korean-born video art pioneer Paik Nam-june: “Normal TV bores you and makes you nervous, this soothes you...” 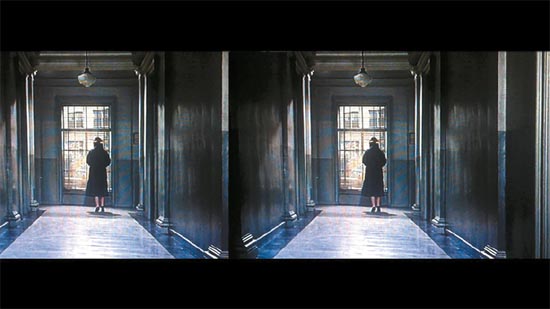 “Vertigo,” a film by Suk Sung-suk, will be shown at the “Video+Cast” exhibition at Arko Art Center in central Seoul.


Meanwhile, Arko Art Center offers up 12 single-channel video works by 12 artists through its exhibition, “Media-Archive Project: Video+Cast,” which continues until Oct. 30 at the gallery in central Seoul.

All 12 works were produced this year and will be included in the media art archive of the gallery, which is funded by the state-run Arts Council Korea.

Elsewhere in the exhibition are works by the Seoul Forum for Media Art, a group of artists, art professors and students who came together to view and discuss video art between 1999 and 2006. This part of the show “will help viewers understand the history and evolution of Korean media art,” Arko said in a statement. The event also includes symposiums and workshops on archiving and disseminating local media artworks. 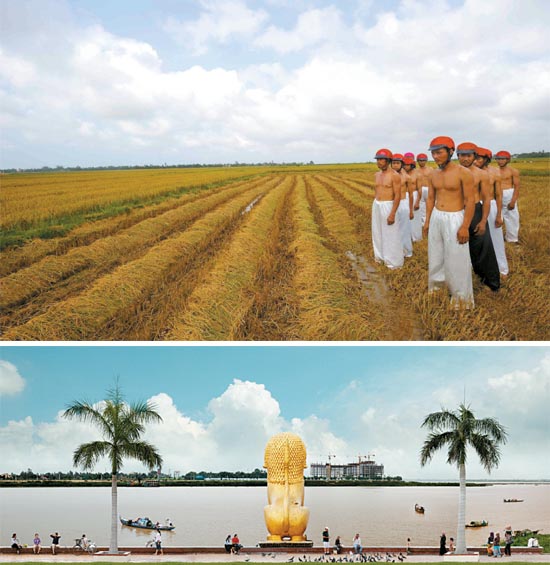 
Media art is not always defined strictly by new media such as digital film, as illustrated by a new show at Kumho Museum of Art east of Gyeongbok Palace. Here, media art refers to photography.

The exhibition, “Cross Scape,” features photos by seven Korean artists and 20 artists from 10 ASEAN member countries. All of the works in the show, hosted by the ASEAN-Korea Center and held at Kumho Museum of Art in central Seoul, display landscapes or daily life in the artists’ countries, sometimes realistically and sometimes surrealistically.