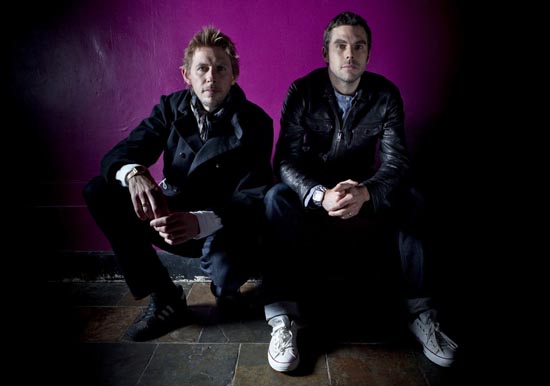 Saturday and Sunday: SG Wannabe is embarking on a national concert tour, “2011 The Last,” having established a solid group of fans in Korea and abroad. SG Wannabe is a popular Korean band famed for their powerful and emotive singing. They have performed in over 300 concerts and are widely celebrated around the world.

Monday to Tuesday: Venezuelan-Argentine classical pianist Sergio Tiempo will have his first solo recital in Korea, where he will perform works by Chopin, Liszt, Beethoven and Ginastera.

Tuesday: This concert is part of LG Arts Center’s series of concerts for office workers who don’t want to be caught in traffic before going home. The guest for the second concert in the series is Jangeun Bae, the winner of a 2007 Korean Music Award for her first album, “The End and Everything After.”

Oct. 14: Contemporary instrumental musician and composer Yanni is holding his second concert in Korea after his first in 1995. He has accumulated more than 35 platinum and gold albums globally, with sales totaling over 20 million copies. He received a Grammy nomination for his song “Aria.” The program is drawn primarily from his latest album “Truth of Touch.”

Oct. 26: English rock band Whitesnake comes to Seoul for its first gig. The concert will promote the band’s latest album, “Forevermore,” which was released in March. At this concert, the band will perform its most successful hit singles such as “Here I Go Again,” “Is This Love” and “Don’t Break My Heart Again,” as well as the first single from the new album, “Love Will Set You Free.”

Son was named Kumho Musician of the Year by the Kumho Asiana Cultural Foundation in 2005. She has since performed with some of the world’s best orchestras, including the Israel, Warsaw, Tokyo and Czech Philharmonics, the Jerusalem and NHK Symphonies, as well as with the Seoul Philharmonic, KBS Symphony Orchestra and every other major orchestra in Korea.

To Sunday: “Rent” is a musical based on Giacomo Puccini’s opera “La Boheme.” It concerns a group of impoverished young artists and musicians as they struggle to make it in New York’s Lower East Side, in bohemian Manhattan, as they deal with issues such as HIV. The production won a Tony Award for best musical.

Oct. 14 to 16: Founded in 1680, Comedie-Francaise is the oldest national theater company in the world and remains one of the most prestigious. With a repertoire of more than 3,000 plays, the company presents a mixture of classic, modern and contemporary works by French and foreign playwrights.

They will present Moliere’s “The Imaginary Invalid,” a satirical comedy that pokes fun at doctors’ deceptive and authoritarian approach to patient care.

The play hasn’t been performed in Korea since 1988.

The leading roles will be performed by three divas of the Korean musical theater - Park Hae-mi, Insooni and Hong Ji-min - and the Korean cast and crew will be supported by the musical’s original production team.

To Oct. 16: SI Dance offers up an extravaganza of traditional and contemporary dance from East and West by local and foreign troupes.

Saturday: Global Gathering is an annual dance music festival that is held in various countries including the United Kingdom, Poland, Russia, Belarus, Ukraine and Korea. It features leading electronica artists from across the globe, attempting to expand dance music from clubs to traditional outdoor music festival venues.

Global Gathering make its final appearance of 2011 in Seoul with a lineup including Groove Armada, Digitalism, Example & DJ Wire, Yolanda Be Cool, Roni Size and Mstrkrft, amongst others.