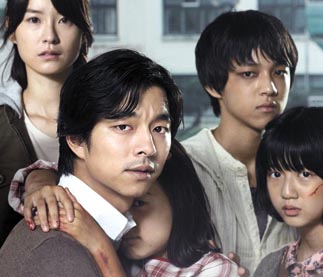 The disturbing new film “The Crucible” has made Korea really, really angry.

Based on a true story about a group of hearing-impaired children suffering sexual abuse from their teachers, this small feature film has fired up many Koreans. Millions signed a petition to demand a new probe into the case after watching the film, which in reality resulted in minimal sentencing for the perpetrators.

In the story, there was no cathartic revenge for the children. But infuriated audiences are trying hard to make one happen, belated as it may be. This week, the heated public response prompted the government to require criminal background checks for all faculty members of education facilities in the country.

The film is told through Gang In-ho (Gong Yoo), a widowed art teacher who is appointed to a rural school for hearing-impaired children in Gwangju. Upon settling into his new job, In-ho learns that the children are being brutally abused, both physically and sexually, by their teachers and principal. Along with a human rights activist working in the area, Seo Yu-jin (Jeong Yu-mi), In-ho takes the case to court but finds out that the school, the churches, the prosecutors and even the police have no desire to see justice done. They actually help hide the truth.

In connecting with the audience, the story greatly benefits from the fact that In-ho is not a hero. In fact, in the beginning, he is quite the coward. He initially tries to fit in to his new environment by acquiescing to the principal’s demand for a 5 million won ($4,216) “fee” without protesting, even though he is supporting a sick daughter who needs surgery.

As with most of us, In-ho is conflicted between acting based on his morals and what his life requires of him. His quest for justice is always on the verge of being disrupted because of his concerns about his livelihood.

Gong Yoo, who has mostly done romantic comedies up to this point, proves his worth as an actor in this film, adding an artistic subtlety to the film’s most dramatic moments and shifting seamlessly between anger, sadness, empathy and frustration.

In one of the most memorable scenes, In-ho’s mother, who at first tries to persuade him to stay out of the case, experiences a change of heart after sitting in on a day of the trial and hearing the children’s testimony. Afterwards, as she hands In-ho and the children a bag with banana milk and bread to demonstrate her approval of her son’s fight, we see her, along with her son, evolving as human beings.

Whether you think the film is well-made or not, and I do, the sheer outrage and bold action that it has elicited from its viewers during recent weeks affirms at least one thing - “The Crucible” truly speaks to its audience.