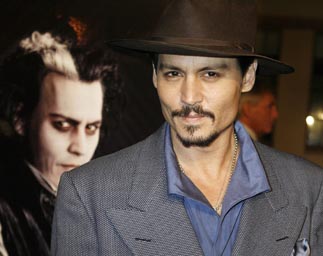 Depp said in an interview in the November issue of Vanity Fair that he found being photographed a “weird” experience.

“You just feel like you’re being raped somehow. Raped. The whole thing. It feels like a kind of weird ... just weird, man ... Whenever you have a photo shoot or something like that, it’s like - you just feel dumb,” said Depp, 48.

Depp released a statement on Wednesday apologizing for his “regretful” comments, after objections were raised by a rape victims support group. “I am truly sorry for offending anyone in any way. I never meant to. It was a poor choice of words on my part in an effort to explain a feeling,” Depp said.

“I understand there is no comparison and I am very regretful. In an effort to correct my lack of judgment, please accept my heartfelt apology,” the actor added.

The group - Rape, Abuse & Incest National Network - had spoken out against Depp’s initial comments, saying that “while photos may feel at times intrusive, being photographed in no way compares to rape.” The group said later it “appreciates and accepts” Depp’s apology.