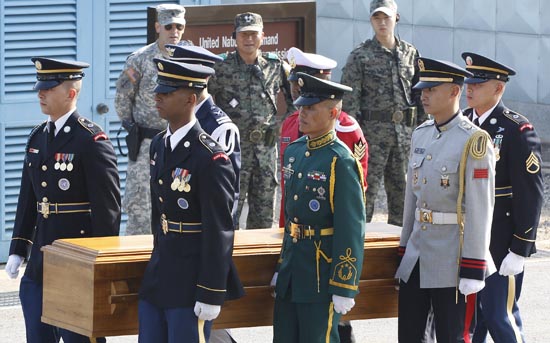 United Nations Command honor guards carry the remains of a North Korean soldier, one of two soldiers whose remains were found in the Imjin River near the Military Demarcation Line in September, before handing it over to North Korea during a repatriation ceremony at Panmunjom yesterday. The hand over was supervised by United Nations officials. [AP/YONHAP]