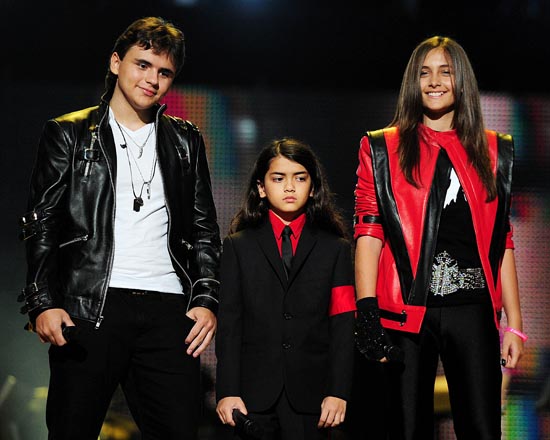 There had been doubts over whether the tribute show would go ahead after months of controversy, but the presence of Prince, 14, Paris, 13, and nine-year-old Blanket ensured a celebratory atmosphere.

Host Jamie Foxx joined Jackson brothers Marlon, Tito and Jackie at Cardiff’s Millennium Stadium for a triumphant rendition of “Don’t Stop Til You Get Enough” to send most of the crowd home happy.

Sister La Toya said afterwards “Michael was enjoying the show” and that “having all these wonderful artists coming together shows the children how special their father was”.