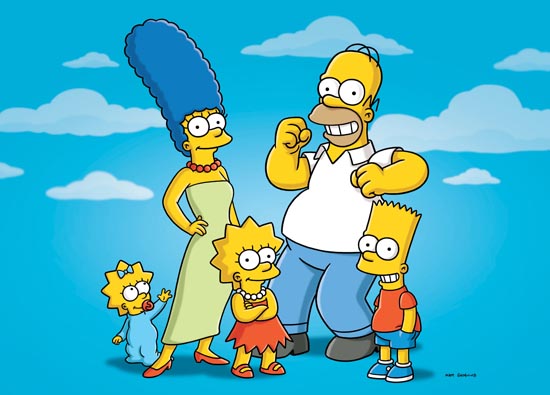 LOS ANGELES - Fox Television has approved two more seasons of “The Simpsons,” the broadcaster said Friday, ending a standoff after a pay row threatened to sink the long-running show.

Fox, a unit of Rupert Murdoch’s News Corp. had threatened to axe the hit cartoon show after 23 seasons if no deal was reached with the voice actors.

The voice behind the greedy Mr. Burns had even offered to take a 70 percent pay cut to keep “The Simpsons” on the air, only for Fox Television to reject his proposal.

But late Friday Fox said on Twitter that it had renewed show - the longest-running animated television series in history - for a 24th and 25th season. “In the words of Homer Simpson, ‘Woo Hoo! I outlasted Andy Rooney!’” it added, referring to the curmudgeonly U.S. broadcaster, who appeared for the last time on “60 Minutes” last weekend, his closing essay for the CBS show.

It gave no details about how the pay dispute had been resolved.

Fox threatened Tuesday to pull the plug on “The Simpsons” over the dispute, saying that as “brilliant” as the show may be, the network could not keep producing it under “its current financial model.”

The Daily Beast reported that Fox wanted the voices behind Bart, Homer, Marge, Lisa, Krusty the Clown and other characters to agree to a 45 percent salary cut.

But the cast - including Dan Castellaneta, who voices Homer, and Nancy Cartwright, alias Bart - had proposed a 30 percent cut so long as they get a slice of syndication and merchandising income.

Harry Shearer, who voices Mr. Burns, issued a statement earlier Friday saying he had offered to have his pay cut by over 70 percent in return for a share of the show’s profits. But he added that in a meeting Thursday, Fox told his representatives that there were “simply no circumstances” under which it would let voice actors “share in the show’s success.”

The six principal voice actors on the show now earn about $8 million a year each for about 22 weeks of work, according to The Daily Beast.

Wall Street analysts suggest “The Simpsons” might be worth more dead than alive, because News Corp. could sell past episodes to cable and online channels, and not just to local television stations as is now the case.