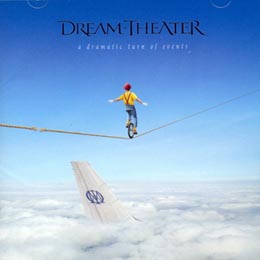 With the departure of drummer and founding member Mike Portnoy, fans might have wondered whether Dream Theater would stick to its signature sound on its 11th album, “A Dramatic Turn of Events.” But with the addition of drummer Mike Mangini, the band has managed to do just that.

The album was produced by guitarist John Petrucci and mixed by Andy Wallace, who previously worked with bands like Nirvana, Guns N’ Roses and Slayer.

As a whole, the album is diverse and balanced. “Bridges in the Sky” is closer to metal and “Far from Heaven” is a gentle ballad that features the warm voice of James LaBrie mixed with the piano of keyboardist Jordan Rudess.

While its previous album “Black Clouds & Silver Linings” (2009) had a darker, heavier sound, this album will remind fans of the band’s early days and albums such as “Images & Words” (1991). The new album is also more melodic and features some especially strong playing from Korean-American bassist (and founding band member) John Myung.