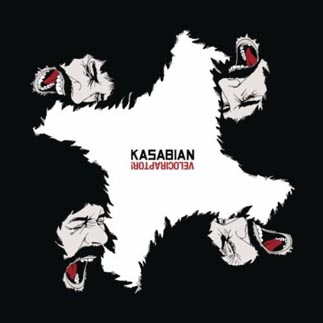 “Velociraptor!,” the fourth offering from British rockers Kasabian, is destined to become a modern classic.

The 11-track album is bursting at the seams with full-on anthemic indie rock that this British four-piece is known for. Influences of Primal Scream, the Chemical Brothers, Led Zeppelin and The Beatles scream out.

Not leaving anything to chance, the band kicks things off with a catchy psychedelic pop song, “Let’s Roll Just Like We Used To,” a love letter to their days living on a Welsh farm (where they recorded 2004’s “Empire”). It’s crying out to be featured in an angst-ridden, coming-of-age movie.

The tribal bass and infectious vocal chant of “Days Are Forgotten” will have the masses singing along, while “Goodbye Kiss” is as un-Kasabian as it gets - no brash guitars, just a sweet flowing love song. “Velociraptor!” is as rock ‘n’ roll as it gets and should catapult Kasabian to the next level.