Prosecutors to crack down on pro-North sites

Prosecutors to crack down on pro-North sites 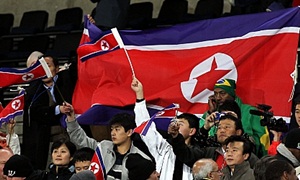 Prosecutors yesterday said they would begin a large-scale crackdown on pro-North Korea online activities by South Koreans, saying they constituted anti-state conduct that went beyond the constitutional guarantee of freedom of expression.

The Supreme Prosecutors’ Office said it would hold a meeting next month with the National Police Agency and the Korea Communications Commission to discuss countermeasures against the online activities.

“The production and dissemination of cybermaterial aimed at benefiting the enemy have gone overboard,” a prosecutor said. “We determined that intermittent investigations are insufficient in rooting out pro-North online activities, so we decided to launch a massive crackdown with the cooperation of related organizations.”

The prosecutor said the meeting would also try to systematize sentencing guidelines and the method of crackdown. A major goal of the crackdown, prosecutors added, was stopping the growth of pro-North Korea sites on the Internet.

According to a recent report by the Korea Communications Commission, 122 Web sites based overseas were found to be engaged in pro-North activities by South Koreans. Seventy-eight of them were blocked in the South, but 44 were still accessible, the report said.

Currently, there is little legal basis to sanction the activities of those Web sites, but prosecutors said they were considering pressing charges of disseminating enemy-benefiting materials, a serious crime under the National Security Law, saying they considered the activities to be serious enough to rock the foundations of South Korea.

On Monday, the Seoul Southern District Prosecutors’ Office confiscated the e-mails of a South Korean on charges of praising North Korea’s political system and North Korean leader Kim Jong-il, acts banned under the National Security Law, in more than 120 e-mails he had written since August of last year.

Another South Korean, identified as a 42-year-old surnamed Kim, was caught on Sept. 30 for exchanging 50 or so e-mails praising the North’s third-generation hereditary power transfer and for posting on the Internet an article praising the regime’s military-first system.

The Supreme Prosecutors’ Office said the number of South Koreans caught praising North Korea surged from 13 in 2008 to 22 in 2009 and 64 last year.