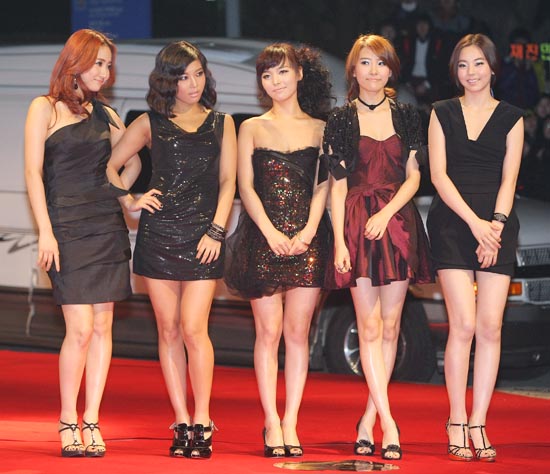 The songs on the album will also be part of the soundtrack of the upcoming TV movie, “Wonder Girls at the Apollo,” which stars the group and will air on U.S. cable channel Teen Nick in 2012.

The movie was directed by American actor and record producer Nick Cannon, who is also widely known as the husband of singer Mariah Carey.

A spokesperson with JYP Entertainment, which represents the group, told Ilgan Sports on Sunday that they don’t yet know if the album will be a regular or a mini album, but said, “The music style will be very urban, which is different from some of the retro-style songs the Wonder Girls have previously put out, such as ‘Tell Me,’ ‘So Hot’ and ‘Nobody.’” The title of the new album has not yet been released.

The group is planning a short comeback to coincide with the release of its new single and returned to Korea on Oct. 9 after the movie wrapped in the United States.

With Girls’ Generation, the group’s biggest rival, set to release its new album tomorrow, many in the music industry in Korea are now said to be watching the Wonder Girls’ comeback closely.