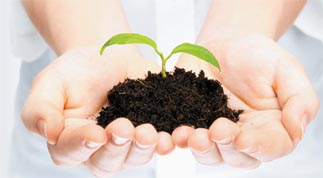 The conglomerates in Korea are changing. Instead of reaching out to all kinds of businesses like an octopus and trying to size up itself, they are more interested in co-development with its small- and medium-sized subcontractors. The reason conglomerates are participating in co-development might be in-line with the government’s policy, but one of the main reasons behind it is to resolve the anticonglomerate mood that is spreading across the nation.

The conglomerates are hosting various meetings and workshops to come up with measures for co-development with their subcontractors and are also actively promoting these movements to the outside world.

Korea’s representative company, Samsung Electronics, has hosted a co-development workshop with its subcontractors.

Posco has also shared its benefits with the employees of small- and medium-sized companies that were made through improvement activities conducted together. The compensation that was shared was 17.6 billion won as of the end of August. Posco plans to share 30 billion won of compensation this year. Some companies have chosen methods to help the companies raise the ability to stand on its own through R&D support.

Lotte is helping out in entering overseas markets for its subcontractors which are having a hard time in advancing in the foreign market and reinforcing its network. One executive from a company remarked, “These movements have a meaning to be in line with the government policy but most of all it is because strengthening the relationship with the subcontractors and developing together is more important. We plan to come up with more various ways to cooperative programs so many companies can develop and grow together.”