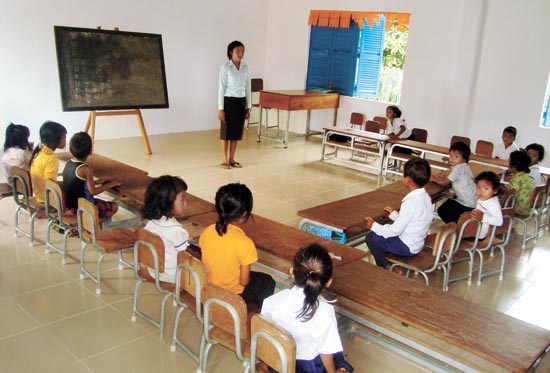 
Lee Jae-hwan, the head of Mirae Education, is giving underprivileged children in Cambodia the gift of education after he started a school in a village there in June. The kindergarten, called the Hope School, is in the village of Beng, Siem Reap Province, and has been teaching history and language since September.

The 46-year-old CEO said that he was inspired to help Cambodian children receive an education after he visited the country when he worked as an international trader in 1996.

Many children, he said, have been unable to get an education because of poverty. He said he remembered seeing about 30 children having class in a storage-like building made of coconut leaves and bamboo.

Residents of Beng have been positive about Lee’s school.

“My daughter has always told me that she wanted to study in a school,” a resident said. “I truly thank Lee for founding the school for Cambodian children.”

Lee’s philanthropy began after he quit his job as a trader. He started his own company, Mirae Education, an online education service for social workers and child-care teachers, and began developing the Hope School. 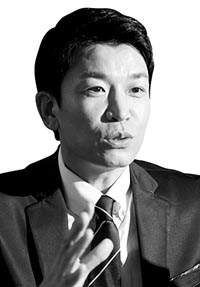 Establishing the kindergarten was not without difficulties, Lee said. Transporting building supplies proved to be a challenge because of the hot weather and insufficient number of local workers. But Lee was able to finish construction with the support of local residents and Cambodian government officials. Plan Korea, a nongovernmental organization that helps underprivileged children overseas, also helped the Hope School’s development, according to Lee.

Today, Lee said there were 85 kindergarten students between the ages of one and six enrolled at the school.

“I think all children should have the opportunity to receive a quality education no matter if they are rich or poor,” Lee said. “The reason I’m interested in education is that I believe education is the key in overcoming poverty.”

Other than the Hope School, Lee is involved in a wide range of social welfare projects, developing Hue Pyun Nanum Foundation in 2009 to help Korean students suffering from financial hardships and organizing community service projects to help the underprivileged. Lee has also been financially supporting children in need of surgery at Seoul National University Children’s Hospital since 2006.

Lee said he would continue building more schools in Cambodia with a goal of one school a year. He said that he would also like to build schools in countries that supported Korea in the Korean War.