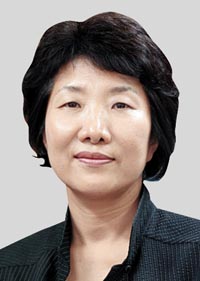 Chief Justice Yang Sung-tae of the Supreme Court yesterday nominated two replacements for two retiring justices, including a divorced female lawyer from South Jeolla, in an attempt to bring fresh and unfamiliar blood onto the top court.

They are to replace Park Si-hwan and Kim Ji-hyung, who are scheduled to finish their six-year-terms on Nov. 20.

If approved by the National Assembly, Park will become the third woman to join the 14-member top court. She will join Chon Soo-an, currently the only woman on the Supreme Court.

Park was also born in Suncheon, South Jeolla, graduated from high school in Jeonju, North Jeolla, and earned her law degree from Hanyang University in Seoul.

The top posts in the country’s legal community have been monopolized by male graduates of Seoul National University’s law school, with most hailing from Seoul or Gyeongsang provinces.

Many in the legal community welcomed Park’s nomination and spoke highly of her drive, principles and personality.

Park divorced when she was a judge on the Seoul Family Court in 2004. She then resigned from an 18-year career as a judge, started practicing law and sent her three children to a so-called alternative school that provided extra guidance to students than normal schools.

“I am not eligible to be a good mother,” she was quoted as saying by acquaintances. “I can’t spare much time for my children. Still, I can’t leave them alone, so I chose to send them to alternative school.”

Kim Yong-dug has a more traditional background than Park. A graduate of Seoul National University’s law school, Kim has held important positions in the court system, including as the Supreme Court’s chief legal researcher and the Seoul High Court’s chief judge.

At his first press conference as chief justice on Sept. 27, Yang stressed the need for both capability and diverse perspectives on the top court.