The Registered Cultural Heritage System was implemented in 2001 and refers to architectural structures, monuments or items of premodern and modern times that are worth preservation. Unlike other designation system, such as National Treasures and Historic Sites, both of which are designated by the state, the Registered Cultural Heritage System depends on self-initiated preservation efforts and provides instruction, advice and recommendations when the property holder reports a change in the state of his asset.

The exhibition, which opened last Friday, gives attendees a chance to look over the last 100 years of modern Korean history through the registered cultural heritage and see how the country has modernized its traditional culture. The exhibition this time solely focuses on movable items.

The exhibition is divided into three different categories - the birth of modernity, the strength that kept the country united through times of struggle and the changes in everyday life over the past 100 years. The exhibition space is in one hall on the second floor of Jungmyeongjeon. 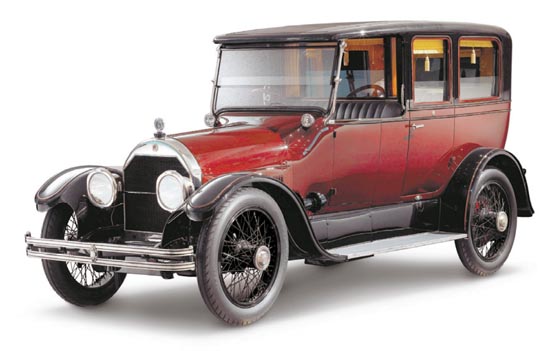 
From the late 19th century to the 20th century, Korea faced a large influx of foreign cultural influence. Musical items are displayed up front to show how Koreans managed to accept new cultural trends pleasantly. One of the first few items visitors get to see are the original woodblocks of music scores of popular children’s songs in the early 20th century, including ones by composer Hong Nan-pa (1898-1941). Korea’s first hymnbook and Western-style scores compiled by Horace Grant Underwood, a London-born missionary who later became the president of Joseon Christian College, the predecessor of Yonsei University, are also on display. Because music reaches people more effectively by sound than through written score, headphones are available to listen to four popular children’s songs by Hong as well as a hymn by Underwood.

Although these musical items make Koreans smile and rejoice in the history of the past 100 years, some other items inspire a more patriotic sentiment. Since the modern history of Korea also includes the Japanese colonization period (1910-1945) when many Koreans risked their lives for independence, the exhibition also provides a chance to think about the hard times along with the joyful.

A taegeukgi (Korean national flag) woodblock was used to mass produce the flags for samiljeol (Independence Movement Day) on March 1, 1919. The seal used by independence activist Kim Chang-su, who is better known as Kim Gu (1876-1949), is also displayed. The stamp was used in his letters to An Chang-ho (1878-1938), another independence activist, during their fight to liberate the country.

After a moment of solemnity, visitors will be interested in the items that helped Koreans live a healthier life. A surgery kit, including a scalpel, scissor, tweezers and more, was used by German doctor Richard Wunsch, who served in Korea under Emperor Gojong (1852-1919).

The section also features photos of a royal car used by Emperor Sunjong (1907-1910) and the first ever plane designed and manufactured by the Korean Air Force. They are currently stored in the National Palace Museum of Korea and Korean Air Force headquarters in Nonsan, South Chungcheong.

*It is recommended to visit the Deoksugung Web site to check the location of Jungmyeongjeon before going to the exhibition because the hall, although it is part of Deoksu Palace, is located outside the main royal palace area, near Chongdong Theater.

The exhibition “Mirror of Modern Times, Registered Cultural Properties” runs through Nov. 4. The exhibition is open from 10 a.m. to 5 p.m. Tuesday through Sunday. The hall is closed on Mondays. To get to the palace, go to City Hall Station, line No. 1 or 2, exit 2. For more information, call (042) 481-4892, or go to www.deoksugung.go.kr