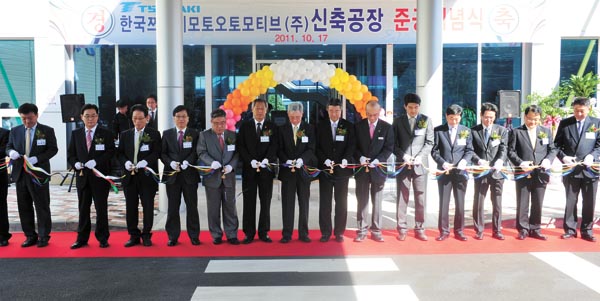 
Busan-Jinhae Free Economic Zone (BJFEZ) Authority announced that the first plant constructed with foreign investment in the Nammoon District of the BJFEZ has been completed. A ceremony to mark the occasion was held on Oct 17.

The construction covers an 8,317-square-meter (2-acre) area and cost 10.5 billion won ($9.1 million) to complete. The company will invest around 19 billion won in manufacturing facilities to produce timing chains which will then be supplied to Hyundai Motor Company and Kia Motors. With the completion of construction, it is hoped that the Nammoon District in the BJFEZ will become home to more foreign companies.