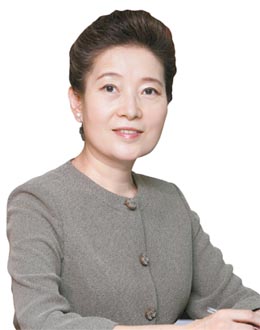 Out of gasoline cars, diesel cars and electric cars, which of them has the longest history? Surprisingly, the answer is electric vehicles. I don’t believe many people would have guessed the answer on the first try.

In the 1920s, gasoline prices fell drastically, signalling an increase in the popularity of cars with internal combustion engines that use gasoline, particularly since mass production began. However, up until then electric vehicles were the leaders in the automobile market. Cars are the preferred means of transport for the majority of citizens, so much so that one out of every six people throughout the world possesses their own car, but not many people actually know about the history behind it.

It was the 1990s when electric vehicles once again stepped into the market after losing to gasoline cars in price competitiveness. At that time regions around California were facing serious problems with air pollution and electric cars were developed and sold as an alternative to gasoline cars. However, many consumers were already so used to the better performance and convenience of gasoline cars that electric cars soon disappeared from the market.

Now, after 20 years, we are paying attention to electric vehicles once more. They have had an impressive return with much more developed batteries, less weight and faster charging technology. At famous motor shows around Seoul, Paris, Beijing, Tokyo and other venues, distinguished automobile companies are having a busy time promoting their own electric vehicles.

We support the idea of returning to electric vehicles because it is not only automobile companies, battery companies and charger companies that benefit from this new market. Major countries including Japan, France, the U.S and China are all fully supporting and investing in the development and supply of electric cars because they do not create CO2 or air contaminants while driving.

Korea is not an exception.

This year is officially the first year that electric vehicles can be driven on every single street throughout the whole country with an official license plate. Ever since high-speed electric cars were released last September, the government has been working to create the institutional framework for supplying these cars.

Firstly, the government came up with examination lists and methods for the safety of the charger units as they are installed in open areas. Also, the government has established a standard for the cars so that regardless of the car model, they can be charged anywhere throughout the country.

After passing a safety examination the government will start to install chargers that follow the standard established this year and run public infrastructure that helps the buyers to use these chargers freely. The government will install 440 chargers within the year so that drivers do not feel any inconvenience.

However, the problem comes from next year. The goal of this year was to build up a stable foundation for supplying one million electric cars by 2020. But from next year, there must be more than building up the base. For this, the central government will support the purchasing of electric vehicles by local governments and public institutions meaning that from next year more than 3,000 cars will be driven on the streets. The government will also try to minimize any inconvenience by installing chargers at strategic points around the country. The Ministry of Environment selected Seoul, Yeonggwang and Jeju in April as the leading cities for electric cars and the Ministry has been working on the supply system since then. Public buses, the representative transportation of the mega city, Seoul, will be turned into electric buses for the trial period. As for Jeju, the tourism city, it will have electric rental cars and Yeonggwang will have electric vehicles for the trial period for residents who drive short distances.

Automobile markets are becoming environment friendly throughout the world and electric vehicles are part of these markets. Korea is ready to lead this international change. The basis for this aim is already set with the world’s top technology to produce car batteries and the world’s top five technical skills in the automobile industry. The green budget to supply 2,500 electric cars and install 2,600 chargers is the symbol of the government’s strong will when it comes to electric vehicles and it is the promise of the government to maintain momentum of green growth.