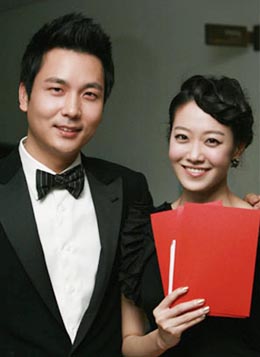 MBC anchor Mun Ji-ae and MBC anchor-turned-reporter Jeon Jong-hwan have announced they will marry next spring after dating for four years. The two posted the news Tuesday on an MBC Web page about anchors.

This is the first time in 25 years that two MBC anchors will marry. The first MBC anchors to marry were Sohn Suk-hee, former head of the MBC anchor department, and Shin Hyun-sook, who was an MBC anchor at the time. Although Mun and Jeon’s relationship was kept secret from the public, many MBC anchors have said that it was an open secret among MBC employees, according to local media reports. The couple confirmed the news on the MBC anchor site, saying that their coworkers knew about their relationship but were good enough not to reveal it to the public.