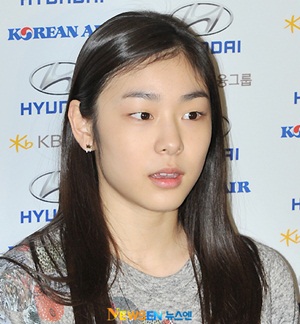 The agency representing Kim Yu-na, All That Sports, has refuted a report by the Japanese weekly Shukan Shincho that said the figure skater was planning to do an ice show in Japan, according to reports by local media outlets yesterday.

The magazine reported that the sports agency was planning to have Kim perform in Japan but said that the plan was rejected by the Japanese Skating Federation. It also claimed that Kim had decided to retain her amateur status because it would give her more media exposure for ice shows and other such events.

The magazine said that Kim’s agency was planning the show in Japan because it thought she could attract a larger audience there than in Korea. It also said that Kim’s mother had helped plan the ice show because she believed that the skater could make more money in Japan, where the popularity of Korean culture and stars has risen in recent years.

Kim’s agency has called the magazine report false, saying that it had never planned a show for Kim in Japan. “We’ve asked the Korea Skating Union to confirm with the JSF whether it actually said what was reported in the magazine,” Kim’s agency All That Sports was quoted as saying by Yonhap News Agency yesterday.