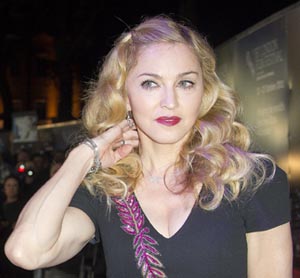 WASHINGTON - Pop diva Madonna may be rich and famous, but one of her brothers says he’s homeless and penniless in a small town in Michigan after losing his job at the family winery.

“My family turned their back on me, basically, when I was having a hard time,” Anthony Ciccone told the Michigan Messenger, an online news Web site.

“You think I haven’t answered this kind of question a bazillion times? Why my sister is a multibazillionaire, and I’m homeless on the street?” added Ciccone, 55, who said he sleeps under a bridge in Traverse City.

“Never say never. This could happen to anybody,” he said. “I don’t have any income, I’ve got to go collect bottles and cans, do odd jobs.”

The Michigan Messenger revealed Ciccone’s plight as part of a wider feature on how churches in Traverse City, a town of 15,000 on Lake Michigan famous for tourism and cherries, open their doors to the homeless in winter.

He said he has been sleeping rough since he lost his job a year and a half ago at a nearby winery owned by Tony Ciccone, whose six children by his first marriage include him and Madonna.