[Sponsored Report] Hundreds of projects across globe for KNOC

[Sponsored Report] Hundreds of projects across globe for KNOC 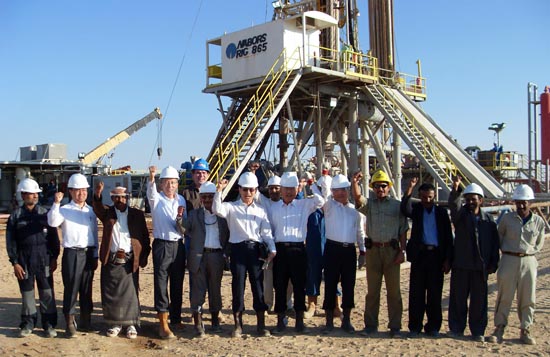 
The Korea National Oil Corporation (KNOC) has launched vigorous projects in regions that have been pinpointed for their prospective futures as crude oil reserves. As of June 2011, the company has 207 projects underway in 24 countries with another two in Korea.

KNOC was set a strategic goal of “Great KNOC 3020,” a plan that aimed to produce 300,000 barrels of oil per day and 2 billion barrels of oil in reserve by 2012, which is the criteria required to become a major regional oil company and secure a base to stand alone. This is the first step for the company to grow in size since the company took over the U.S.-based Ankor in 2008 and Peru’s SAVIA PERU in 2009. Canada’s Harvest and Kazakhstan’s Sumbe were also taken over by KNOC in the same year. In 2010, England’s Dana was acquired in a massive M&A, an unprecedented event for a government-run company.

Through acquiring Dana Petroleum, KNOC was able to achieve its own development rate into a two-digit level for the first time last year.

The company now plans to buy or acquire a mining area by 2012 as well as to finish its project to expand the company upon consideration of production, personnel and company funds. The project will enable the company to improve the work it does through efficient management with an entirely new network based on Asian, American and Euro-African headquarters. This regional-based managing will make the company more competitive by launching new individual projects per region and better managing of acquired companies.

Through enlarging and improving the company on a global scale, KNOC also plans to implement an incentive system and to improve relations between company owners and labor union workers. Company officers will be brought in from foreign countries in an unprecedented move by a government run firm. Global technology development centers will also be constructed. One such facility, the KNOC Global Technology and Research Center, has already opened in Calgary, Canada. The center is the first example of technology research for resource development entering fields outside Korea.

To prevent the careless management that has repeatedly been seen in the past, a pre-emptive system was formed and irrational policies improved along with reformation of attitudes. These three elements are currently being pushed for by the company which is also making efforts to improve its internal auditing by forming a network to evaluate quality and an administrative system for auditing.

In addition to its plan to expand globally, KNOC is working hand-in-hand with the government’s policies to support the joint growth of small- to mid-sized companies. KNOC currently runs teams that solely work on joint growth with these smaller companies to provide support. Its efforts also include projects to localize the oil business along with building small- to mid-sized companies in the crude oil development sector.

To solidify cooperative efforts between KNOC and small- to mid-sized companies, the company hands out incentives to local companies that have been evaluated and given outstanding reports. These companies are offered the chance to extend their contracts with KNOC for an additional two years. For this, KNOC was commended by the government last December for its efforts in joint growth with small- to mid-sized companies.