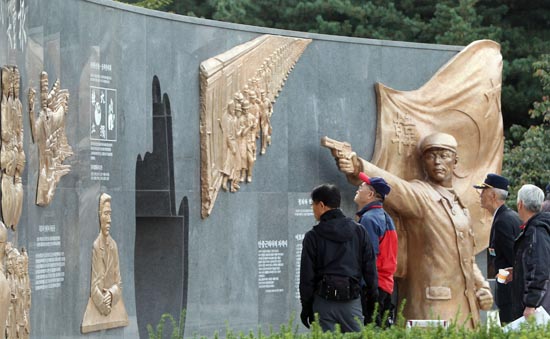 A monument commemorating patriot Ahn Jung-geun (1879-1910) was unveiled in Ahn Jung-geun Park in Bucheon, Gyeonggi, yesterday for the 102nd anniversary of Ahn’s assassination of Ito Hirabumi, the first prime minister of Japan and resident general of Korea during Japanese colonial rule (1910-1945). [YONHAP]