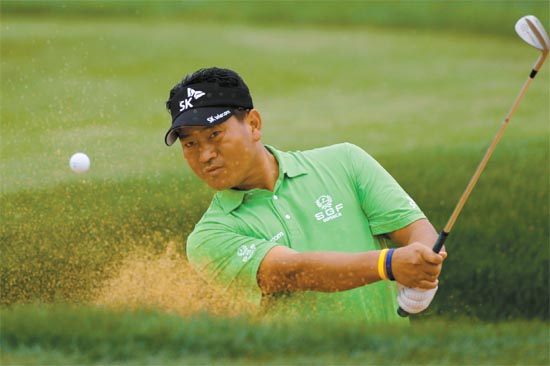 Korea’s Choi Kyoung-ju, also known as K.J. Choi, hits out of a bunker during the Lake Malaren Shanghai Masters golf tournament in Shanghai yesterday. The tournament, which is not sanctioned by any of the major tours, offers $2 million in prize money, the most of any golf tournament. Choi tied for 21st after the first round, finishing with a 1-over 73. Northern Ireland’s Rory McIlroy was the opening round leader with an 8-under 64. [REUTERS/YONHAP]