Kim Je-dong to donate to children

Kim Je-dong to donate to children 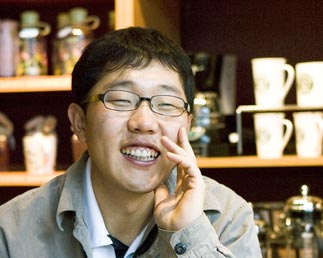 TV celebrity Kim Je-dong will donate 70 million won ($63,636) for underprivileged children who can’t gain access to cultural activities due to financial reasons, according to his management company Daeum Entertainment. The company said on Wednesday in a press release that Kim will donate 70 million won from the proceeds of his recently released book sales. The book, entitled “Kim Je-dong Meets,” is a collection of his interviews with people from every walk of life. They include star authors to A-list actresses to ordinary people with special jobs.

Kim launched a foundation called the “Fantastic Duo” for children when he departed from a TV show on MBC with the same title where ordinary young children who were under seven paired up with celebrities and solved quizzes.

“Kim will donate further proceeds as well to the foundation,” the press release added.

Kim is also famous for being one of a few “socialtainers” in Korea, a combination word of social and entertainer. Kim, who is liberal, recently encouraged netizens to cast their votes for the Wednesday’s by-election through his Twitter account. Because of his political interest, Kim was fired from a couple of TV shows in 2009.