Will and Kate to visit Unicef center in Denmark

Will and Kate to visit Unicef center in Denmark 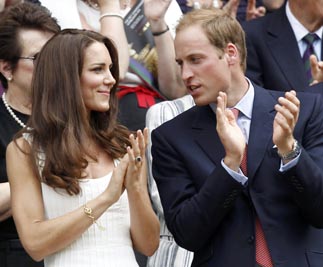 LONDON - Prince William and the Duchess of Cambridge plan to travel to Denmark next week to visit a United Nations center that distributes emergency supplies to East Africa.

The Nov. 2 visit will mark the royal couple’s first overseas trip since a lengthy sojourn to Canada and the United States during the summer.

The British and Danish palaces said Wednesday that the couple will be accompanied by Crown Prince Frederik and Crown Princess Mary of Denmark.

The Unicef facility coordinates the distribution of emergency food and medical supplies worldwide, including nutritional treatments for some 320,000 severely malnourished children in East Africa.

The royals are expected to be briefed about the crisis in East Africa before touring the facility and helping to pack supply boxes during their visit.

Africa has been of special interest to William, who has traveled there many times. He proposed to Kate Middleton while on vacation in Kenya in 2010.