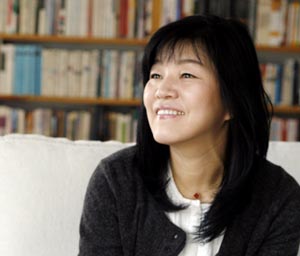 Korean author Shin Kyung-sook’s “Please Look After Mom” (2008) was nominated for the 2011 Man Asian Literary Prize at the Singapore Writers Festival, the festival organizer said in a press release yesterday.

Many of the 12 novels from Korea, Japan, Iran, India, Pakistan and Bangladesh competing for the prize were bestselling books in their home countries and translated into English for the first time, the press release said.

This is not the first time Shin’s novel has captured the attention of overseas readers. The book was first released in English on April 5 and has since become a worldwide sensation. It was selected as part of the “Editor’s Best 10” list on Amazon.com in June. The translation rights have been sold to nearly 30 countries.

The success of the book is based in part on its universal message about motherhood. The book starts with an elderly mother going missing after taking a trip to Seoul on her birthday. It is only when the rest of the family, including her four children, starts to search for her that they realize how much they have neglected her.

The list will be narrowed to six in January and the winner will be announced on March 15 in Hong Kong.