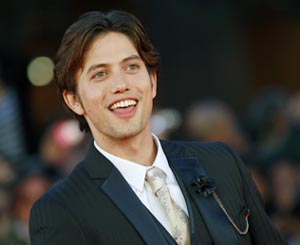 ROME - Jackson Rathbone, a star of the “Twilight’’ movies, is likening the wildly popular series about love between a human and a vampire to the story of Romeo and Juliet.

Rathbone was speaking to reporters Sunday at the Rome Film Festival, where “The Twilight Saga - Breaking Dawn Part 1,” the-next-to-last in the series, was being screened. He called the love between Bella and Edward practically as “mythical” as Shakespeare’s tale of star-crossed lovers.

He says he finds it “still baffling” that the series is a “worldwide phenomenon.”

Nikki Reed, who plays the teenage vampire twin to Rathbone’s character, says “Twilight” appeals to all ages because it’s about “unattainable” love.