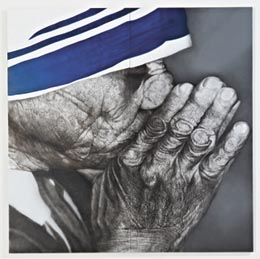 To Sunday: An exhibition featuring world-famous Indian artist Subodh Gupta, Korea’s Kang Hyung-koo and seven other painters represented by Arario Gallery is now running to celebrate the opening of a second branch by the gallery in the capital. Kang, known for his haunting portraits of historical figures, or of himself gazing directly at viewers, displays two of his new paintings, both of which show the subjects in profile.

THE SECRET OF THE JOSEON PORTRAITS 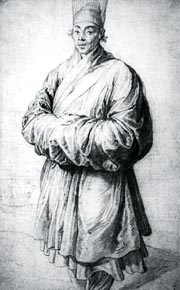 To Sunday: The show aims to compare and contrast portraits by Korean and foreign artists and features around 200 works, including Peter Paul Rubens’ controversial “Korean Man” (1617). Rubens’ “Korean Man” has invited much speculation about the identity of the subject, how he came to the European continent and how he met Rubens. Considered one of Rubens’ most meticulous portraits, “Korean Man” is now owned by the J. Paul Getty Museum in the United States. The subject is believed to be Antonio Corea. According to some accounts, Corea was a former Korean official who was taken prisoner during the Imjin War (1592-1598) and later sold into slavery. He was then rescued by an Italian priest, who took him to Florence.

The museum attempts to prove Corea’s Korean roots by showing another portrait of a man in a similar style of dress painted more than 100 years after Rubens’ portrait. “Portrait of Seo Jik-su” (1796) by Yi Myeong-gi is a painting of Seo Jik-su (1735-?), an aristocrat who spent most of his life painting and reading literature. 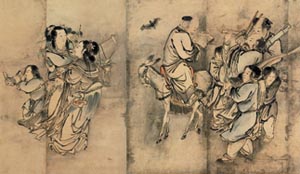 To Jan. 29, 2012: This exhibition features about 110 paintings by hwawon, or court painters, who were responsible for the production of paintings for the state as employees of Dohwaseo, the state bureau of painting in the Joseon Dynasty (1392-1910). According to Leeum, it is the first exhibition dedicated to the hwawon, who were limited to a low social status despite their important roles and the popularity of their work.

The show is divided into two sections. The first features paintings that hwawon created for the court and royal household. Included are documentary paintings showing court events and ceremonies, portraits of kings and high-ranking officials and decorative paintings such as peony paintings for screens used at royal weddings. The highlight of the section is “Royal Palanquin Procession,” a nearly 10-meter-long painting depicting a procession of King Gojong and his family in the late 19th century.

The second section features paintings created by hwawon for private patrons, including noblemen and wealthy aristocrats. The section includes paintings of Taoist immortals by Kim Hong-do (1745-after 1806), who is regarded as one of the greatest old masters in Korean art history.