Kardashian, Humphries to get divorced after 10 weeks

Kardashian, Humphries to get divorced after 10 weeks 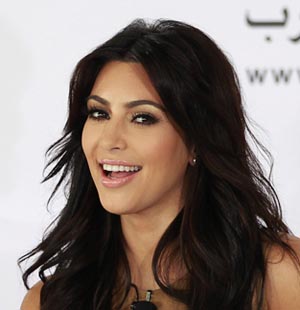 LOS ANGELES - Just 10 weeks after their lavish, made-for-TV wedding and less than a month after the wedding special aired, reality starlet Kim Kardashian is canceling her marriage to NBA player Kris Humphries.

The “Keeping Up With the Kardashians’’ star filed for divorce Monday, citing irreconcilable differences. “I hope everyone understands this was not an easy decision,’’ she said in a statement. “I had hoped this marriage was forever but sometimes things don’t work out as planned.’’

Humphries told celebrity news site TMZ he was “devastated’’ to learn his bride had filed for divorce and is “willing to do whatever it takes to make it work.’’

The filing in Los Angeles County Superior Court provided few details, other than to state the couple have a prenuptial agreement that will dictate how they divide up their assets. Kardashian is asking that both sides pay their own attorneys’ costs and that a judge terminate Humphries’ rights to spousal support.

Kardashian, 31, and Humphries, 26, were wed Aug. 20 in a star-studded, black-tie ceremony at an exclusive estate in California. The couple’s wedding registry at a Beverly Hills jeweler included such items as a $1,650 coffee pot and two $1,250 sterling silver vegetable spoons.

It was the first marriage for Humphries, who last played for the NBA’s New Jersey Nets, and the second for Kardashian, who was married to music producer Damon Thomas from 2000 to 2004.

Kim Kardashian and Humphries began dating late last year and announced their engagement in May. He proposed on bended knee with a 20.5-carat ring by spelling out “Will you marry me?’’ in rose petals.

The couple’s marriage was the subject of a two-part special on E! Entertainment Television, which televises Kardashian’s show that follows the model and her family.

Entertainment media have breathlessly reported every available detail on the relationship, including signs of trouble earlier this month. Court filings show that Kardashian signed the petition on Sunday.