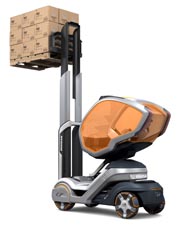 It has earned a high mark for envisaging a future forklift, the company said. In August, the CF received the Red Dot Award. “By grabbing the award, Doosan has become recognized as an industrial vehicle maker that is equivalent to global rivals such as German Linde in terms of design ability,” an official from the company said.