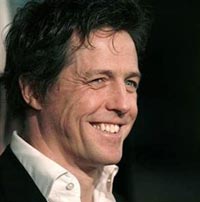 LOS ANGELES - Actor Hugh Grant, known for films such as “Notting Hill” and “Bridget Jones’s Diary,” has welcomed a baby girl into his life following a brief affair with an unidentified woman, his spokeswoman said on Tuesday.

“I can confirm that Hugh Grant is the delighted father of a baby girl. He and the mother had a fleeting affair and while this was not planned, Hugh could not be happier or more supportive. He and the mother have discussed everything and are on very friendly terms,” said Grant’s spokeswoman said in an e-mail to Reuters.

The identity of the mother was not disclosed.

This is the first child for the 51-year-old “Bridget Jones” actor, who has had previous high-profile relationships with model Elizabeth Hurley and British socialite Jemima Khan.