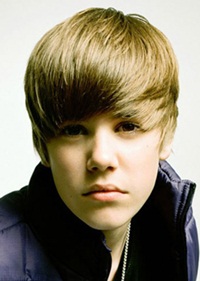 LOS ANGELES - An allegation that Justin Bieber fathered a baby by a woman who has filed a paternity suit is “demonstrably false,” a spokeswoman for the singer said Wednesday.

Melissa Victor said in a statement that Bieber’s camp will “vigorously pursue all available legal remedies” in response to the allegation.

“While we haven’t yet seen the lawsuit, it’s sad that someone would fabricate malicious, defamatory and demonstrably false claims,” Victor said.

Yeater, 20, said she had sex with Bieber after one of his concerts at the Staples Center in October 2010, according to the posted suit. She said she gave birth to a boy in July and believes the teen heartthrob is the father because there were no other men she had sex with at that time. She is asking a judge for child support and a paternity test.

Yeater’s attorneys said in a statement provided to The Associated Press that their client isn’t seeking a large amount of money from Bieber. Yeater “is pursuing a modest and rightful claim,” lawyers Lance Rogers and Matthew Pare said.

The attorneys also note that Bieber hasn’t denied he had unprotected sex with Yeater following the concert. “We call upon Justin Bieber and his attorneys to reach out to resolve this issue in a reasonable manner,” they said.

Bieber, who was 16 at the time of the alleged incident, tweeted Wednesday that he was going to ignore the rumors. AP