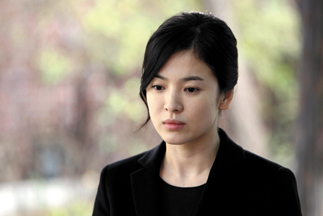 “A Reason to Live” follows a television producer who loses her fiancee in a hit-and-run accident and then struggles to forgive the young boy who killed him.

On his way out to celebrate his fiancee Da-hye’s birthday, Sang-ho gets a call from his friend Ji-suk (Song Chang-ui), who asks for a ride home. Sang-ho first drops Da-hye (Song Hye-kyo) off and then heads out to meet his friend, only to find that Ji-suk’s sister Ji-min (Nam Ji-hyun) has already picked him up. When he rushes back out into the rain to meet Da-hye, Sang-ho is knocked down by a motorcyclist, who then turns around and runs him over a second time, killing him. 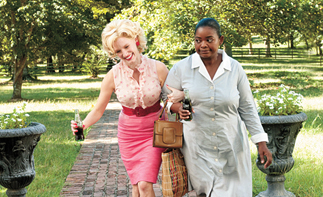 Flash forward to one year later and Da-hye is still struggling with her decision to forgive the teenager who killed Sang-ho. She has quit her job as a TV producer and started work on a documentary about the death penalty. As she interviews the families of victims who were murdered by criminals who are now on death row, she gains new insight about the young boy who killed her fiance. But when she discovers a shocking new truth about the boy she is thrown into turmoil once again.

“A Reason to Live” premiered at the Busan Film Festival last month and is directed by Lee Jeong-hyang, who also directed the hit films “The Way Home” (2002) and “Art Museum by the Zoo” (1998).

“Mr. Idol” follows a music producer who tries turn a group of young troublemakers into stars.

Oh Goo-joo (Park Ye-jin) is a former music producer who stopped working after one of her clients died. But years later when she runs into Lee Yoo-jin (Ji Hyun-woo), a former client of rival talent agency Star Music, she believes she can orchestrate a comeback for them both. She assembles a band, Mr. Children, with Yoo-jin in the lead and the group takes off. But as the group’s popularity grows, Yoo-jin’s old agent, Sa Hee-moon (Kim Soo-ro), emerges and tries to sabotage the group’s chances for success.

When Americans think of the 1960s South, it’s often the superficial things that come to mind: the signature hairdos, cars and ice cream parlors. Most of all, it’s the well-kept houses with silver displayed on the wall and sweet tea served in the living room that epitomize the region.

But, of course, there’s a more disturbing side to this picture-perfect image of Southern sophistication. In the 1960s, well-off Southerners were almost all white families who relied on their black help to keep up appearances. In many cases, black maids raised white children only to be seriously mistreated as the children grew into racist adults.

Tate Taylor’s new film, “The Help,” aims to tackle this uncomfortable part of American history and tells the story of several black maids who endured extreme hardship while serving in white homes in Jackson, Mississippi.

Skeeter Phelan (Emma Stone), a young white woman, returns home after four years of college more enlightened and decidedly less racist than her hometown friends. A budding journalist, she gets the only job available to her at the time - a columnist position at the local paper where she writes about one thing, household cleaning.

Of course, having been raised in an upper-class family, she doesn’t know the first thing about housework and turns to maid Aibileen Clark (Viola Davis) and a few others for advice. Phelan’s developing relationship with these maids, to whom she grows controversially close, sparks an idea that carries the film. To draw attention to the maids’ plight - and to and to satisfy her desire to write about substantial topics - Phelan decides to author a book about life in Jackson from a maid’s perspective.

After some convincing by a local pastor and especially vicious attacks by their employees, the maids agree to help Phelan, and we learn exactly what they go through ? with one especially disturbing rule being a ban on their use of indoor bathrooms.

As the book develops, the maids grow increasingly empowered and get some well-deserved revenge on their white employers. At some points, the film becomes just a little too uplifting for the time period it covers, largely neglecting the potentially serious and deadly backlash that their actions could have provoked. But, all in all, it does what it was written to do - provide a bright spot in what was an otherwise very depressing time in American history.
Griff the Invisible (15)

This isn’t the typical story line in which a worker by day, superhero by night saves humanity from evil forces and in the process sweeps a stunningly beautiful woman off her feet. In “Griff the Invisible,” a smart romantic comedy written and directed by Aussie Leon Ford, it is the quirky Melody (Maeve Dermody) who in the face of mounting pressure tries to save Griff (Ryan Kwanten) from his alter ego.

While other superhero plots are injected with complex sci-fi scenarios that explain the cause of supernatural traits (Peter Parker is bit by a radioactive spider that alters his genetic code; the Fantastic Four are exposed to cosmic clouds on a NASA space mission), Ford relies on a more familiar catalyst that can make us feel invincible: love.

This offbeat film depicts the struggles of alienation and loneliness. Griff the Invisible, in a seemingly relentless world, is in need of rescuing.

Tom Hardy (“Inception” and “Band of Brothers”) and Joel Edgerton (“Animal Kingdom”) lead the cast of “Warrior,” which according to Observer film critic Philip French is “a topical melange of “Rocky,” “On the Waterfront,” “The Wrestler” and “The Fighter.”

The youngest son (Hardy) of an ex-boxer (Nick Nolte) returns home and utilizes the one thing his father is actually good at: training. The training in question is for an MMA tournament with a $5 million purse, but he will have to go up against his brother (Edgerton) to get it. One brother needs the money to save his house and marriage, the other for the wife of a dead comrade. If the trailer is anything to go by you won’t actually need to watch “Warrior” at all. It pretty much gives the low down on everything, even telling us that the brothers end up in the final of the tournament facing off for the cash. The only thing it does leave unanswered is which of them wins, if either. It’s more than just fighting, though. There are real social issues being worked out too. Tense scenes of relationships being strengthened and straining between father and son, brother and brother, and wife and husband fill in the gaps when teeth aren’t being knocked out of heads and arms snapped.