Woods: I’m lucky to be chosen for Presidents Cup

Woods: I’m lucky to be chosen for Presidents Cup 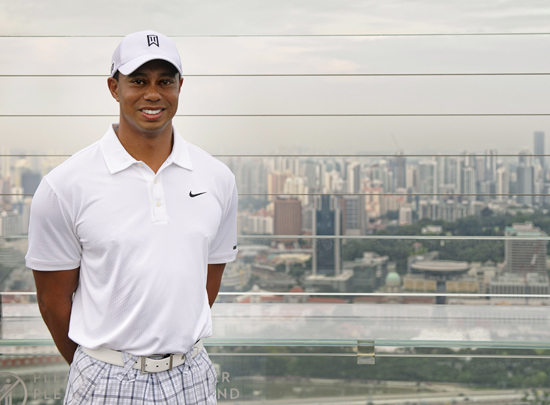 
SINGAPORE - Former world number one Tiger Woods said yesterday he was fortunate to have been picked by U.S. captain Fred Couples for the Presidents Cup defense in Australia later this month.

Woods, winner of 14 majors and considered one of the finest players ever, has tumbled to 56th in the world rankings and not won a single title since the explosive revelation of his marital infidelities at the end of 2009.

The dramatic collapse has left many questioning his inclusion by Couples ahead of the likes of U.S. PGA Championship winner Keegan Bradley for the matches against an International team at the Royal Melbourne club from Nov. 17-20.

“I’m honored to be picked,” Woods, who has played every Presidents Cup since 1998, told reporters in Singapore yesterday. “Freddie had plenty of different candidates he could have chosen, I’m lucky to be on the team, we have a great team.

“I know I have got four starts guaranteed and I’m looking forward to getting out there and seeing who is going to be my partner and then obviously gelling and then hopefully winning our matches.”

Woods, 35, finished 128th on the PGA Tour money list this season after making just nine starts following his self-imposed exile at the start of the year and knee and Achilles injuries.

The last of those nine starts came at the Frys.com Open last month, where he finished tied for 30th, but Woods was happy that the work he had been putting in on remodeling his swing was beginning to pay off.

“I was very pleased with what I worked on going into Fry’s, unfortunately I did it in streaks, I wasn’t as consistent as I wanted to be,” he added. “I would get in these nice grooves for nine or 10 holes then I would lose it for two or three holes.

“That is something we have been working on, I have been playing a ton of golf at home, when I have played, a minimum of 36 holes.

“So I have been getting out there and just getting my playing instincts back, something I hadn’t done all summer as I have obviously been injured.”

Woods will have the opportunity to justify his inclusion in the team when he takes part in the Australia Open next week and the fact that he has been made joint favorite for the Sydney tournament elicited a big laugh from the American.

The 2009 Australia Masters title was the last of his wins and he said he hoped to emulate Sergio Garcia, who won back-to-back European Tour events last month to end a three-year title drought.

“He went through a period where he struggled a little bit and he has come out the other end,” Woods said. “Golf is, we play for such a long time, you know it is cyclical in that way you don’t play well all the time. We all go through it, unfortunately I have gone through it the last couple of years where I really haven’t played as well as I like.”