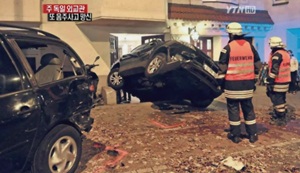 The Ministry of Foreign Affairs and Trade is toughening up disciplinary measures for its diplomats overseas who conduct themselves without regard for good manners or moral standards, officials said yesterday.

The move came after two senior diplomats were summoned home in the past month for behaving disorderly under the influence of alcohol in two separate incidents: one at a public dinner and one involving allegations of drunk driving.

“Diplomats overseas must keep their dignity and prestige no matter what the reason may be,” a senior ministry official said on the condition of anonymity. “The ministry will deliver a set of get-tough guidelines to overseas missions to tighten discipline on diplomats.”

Under the new guidelines, a head of an overseas mission will be required to actively ask the ministry to summon a misbehaving diplomat, according to the official.

Last month in Berlin, a senior diplomat was investigated by local police on allegations of drunk driving.

The diplomat rammed his vehicle into a cement wall near a restaurant in downtown Berlin and crashed into four parked cars after having dinner at the restaurant, ministry officials said. No one was hurt.

The diplomat did not take a roadside breathalyzer test, but one officer claimed to have smelled alcohol,

Also, a consul general in the Russian city of Irkutsk has been under fire for being drunk and behaving offensively at a public dinner on Oct. 20.

Last year, the ministry was embroiled in a nepotism scandal surrounding then-Minister Yu Myung-hwan, who resigned after he was accused of hiring his daughter for a midlevel post at the ministry.

Minister Kim Sung-hwan took office in October last year with a pledge to reform the ministry, but critics say his efforts to overhaul the ministry have not progressed far enough.