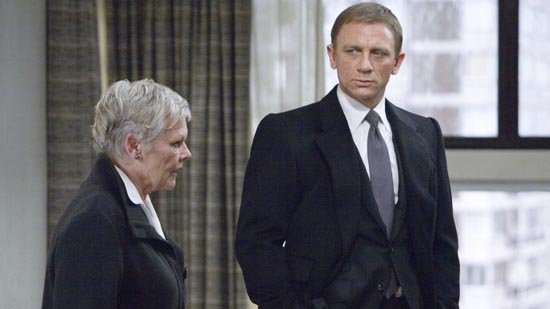 Tom Ford will again design the clothing and accessories worn by actor Daniel Craig as he portrays super spy James Bond in the upcoming movie “Skyfall,” the designer said on Friday.

Ford, who also dressed the British secret agent in the last installment of the Bond film series, “Quantum of Solace” (a still photo of which is above), said in a statement that he is “thrilled to move forward with this iconic character.”

“James Bond epitomizes the Tom Ford man in his elegance, style and love of luxury,” Ford said in a statement.

Ford, 50, was the former creative director of Italian fashion label Gucci and French fashion label Yves Saint Laurent. He is currently the head of his own brand, designing menswear, womenswear, eyewear and beauty collections.