Dust off your turntable for ‘1st Record Fair’

Dust off your turntable for ‘1st Record Fair’ 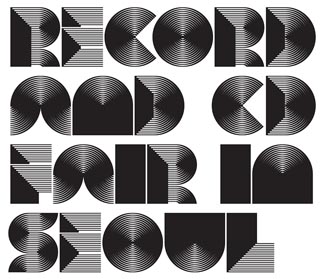 Today, music exists in bytes. When buying music, most people download mp3 files over the Internet. More enthusiastic listeners buy CDs but they will also rip the CD and transfer the digital files to a portable music player.

But digital sound, impeccable as it may be, does not seem capable of beating the retro-chic of the rustling sound you hear when you take a record from its paper sleeve and put it on the turntable.

The record, as it turns out, is alive and well and growing in popularity in Korea. Several record shops have sprung up in recent years at the underground market in Heohyeon-dong, central Seoul, growing from four in the early 2000s to almost 10 now.

Reflecting this trend, the “1st Record & CD Fair” will be held later this month at Platoon Kunsthalle, a cultural venue in southern Seoul, on Nov. 19.

“The unprecedented event will have music producers, distributors and consumers gather under the same roof to rediscover the value of LPs,” the fair organizer said in a press release.

Some 40 domestic and foreign record labels and music importers will have booths at the fair, where they will exhibit rare records, including a number of limited edition records and imports that are hard to get at ordinary record shops. The fair will also display CDs.

Individual collectors may also have their own booth at a cost of 60,000 won.

The fair covers a broad range of musical genres, from K-pop to rock to classical and more. Visitors may also buy some of the albums on display.

During the fair, there will also be a series of performances by veteran and emerging musicians from Korea.

Acoustic guitarist Lee Jung-sun, who has taught many established Korean musicians, will give a special performance of his hits from the 1970s and 1980s.

Gunamghwayeo Ridingstella, one of the hottest indie bands in Korea today, as well as musicians belonging to 360 Sounds, run by DJ Soulscape, will play gigs, too.

The United States, one of a few countries with related data, has seen steady rise in the popularity of LPs in recent years. According to Nielsen SoundScan, a market research firm in the U.S., album sales peaked in 2010, the year with the highest sales since the medium was born. While the number of records sold in the United States in 2008 totaled 1.88 million, the figures for 2009 and 2010 were 2.5 million and 2.8 million, respectively. Nielson SoundScan predicts a 49 percent growth in album sales this year. The U.S. is also home to the annual Record Store Day, which began in 2008 and has gone global ever since, spreading to across 20 countries around the world.